The training, implemented under the Campus Civic Media Campaign (CCMC) of the CNJF and supported by the Open Society Initiative for West Africa (OSIWA), held in Abuja on Monday and Tuesday.

He also advised them to be wary of taking information at face value while working on news stories. 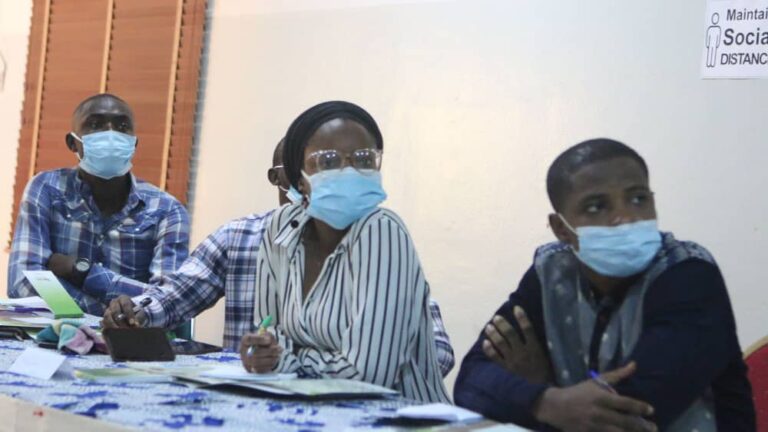 A writer at Bloomberg, Ruth Olurounbi, who took the student on data reporting and fact-checking, said the use of data for investigative stories would aid credibility and understanding.

She, however, cautioned young journalists to avoid mining and sharing false information as they were detrimental to the growth of national and social development.

Speaking about his experience as an investigative journalist and editor at HumAngle, Kunle Adebajo highlighted the procedure for identifying sources and developing story ideas.

He urged them to maximise the benefits of social media and other media platforms on giving leads to many untold stories.

Senior staff writer at TheCable Chinedu Asadu, while taking the session on pitching to news platforms on investigative stories, urged the young journalists to submit stories for grants and brave all the odds to get them done.

Executive director of CNJF Simon Kolawole, represented by Fredrick Nwabufor, deputy editor of TheCable, urged the campus journalists to make maximum use of the knowledge gained and exhibit it in their communities to make a difference in the country.

A participant from the University of His Johnstone Kpilaakaa said the training helped him gain an in-depth understanding of what it would take to practice journalism and use it to ensure accountability.

Also, Hamidat Mohammed-Raji of the University of Ilorin said the training would unleash her potentials as the workshop has equipped her with knowledge of pitching stories for newsrooms.